Teacher Plants: A Way to Introspection

I have a degree in psychology and when I took the general psychology course, the professor said: "Psychologists are the healers of the people of the city...". This was an isolated event in my life, I never meditated on it, however, now I think about it every day, because I find a relationship with the work of the psychotherapist. Healers are also psychologists, since they are the ones who help to alleviate the psychosomatic problems of the inhabitants of a certain region, where there is a lack of conventional mental health services. Perhaps that expression bothered me at that time because of the reference to the healer, as I was totally unaware of the work of these people. In academic circles, it is considered that this type of work has to do in large part with suggestion or quackery.

Today, after a process of initiation and personal experimentation with Amazonian curanderismo, I think that suggestion has little or no relationship with the world of Traditional Medicine. It is a limiting and not very descriptive term of a set of techniques and procedures that should be approached in another way, or in any case it should be the subject of research to see how this phenomenon produces relief or healing in people. The experience is personal, each one is with oneself.

I am a native of the city of Iquitos, in the Amazonian region of Loreto, Peru. I never thought to continue my professional and personal training in a place so far from where I studied (Lima). I planned to take training courses and maybe even go through psychoanalysis.

When one is studying, he/she is training from an external and western vision and orientation, with everything developed and created for that profession. When we come back to work in our region, we find another knowledge, with another vision of the diseases and other ways of dealing with them; we then find ourselves with a regional-autochthonous knowledge. This knowledge is not a creation, it is not the result of projections and intellectualizations. It is a knowledge that comes from our inner being. Which is accessed - in the Amazon and other parts of the world - with the intake of certain plants, called Teacher Plants or Master Plants.

What are the Amazonian teacher plants? 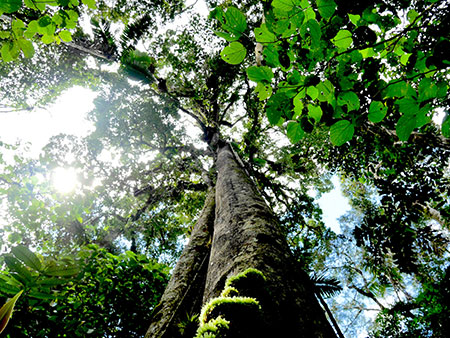 In the Amazon there are plants, some of them with psychoactive effects, that the locals call "Teachers Plants" or "Mster Plants" because when properly ingested they generate knowledge about their healing properties through dreams, visions, perceptions and intuitions. Due to their entheogenic properties, they also serve to give us an introspective vision about ourselves, and about life in general.

Each region of the world and all traditional cultures have their teacher plants, so in northern Mexico there is Peyote, the Mochicas in Peru used the cactus called today San Pedro, while Ayahuasca is the Master Plant par excellence in the Amazon region of Peru, Ecuador, Colombia and Brazil; its use is ancestral. Native groups ingest it for multiple purposes, including healing, learning medicine, preparation for hunting, to see past and future events, as well as to harmonize with nature and the spirits that inhabit it.

How do they teach?

The basic procedure for teaching is through the so-called dieta (also known as teacher plants diet), a thousand-years-old technique which consists of making a retreat into the jungle and ingesting some teacher plants that are administered by a healer. The retreat lasts at least 8 days but this can be extended to months or years depending on the case. In this retreat, the “dieter” (person who does the dieta) will have to adhere to an austere food diet that excludes salt and sugar; he will only eat boiled green bananas (inguiri), oats or rice. The dieter will not be able to be meet anyone, except the healer, who will attend to him by giving him the plant, and also by preparing and giving the food.

During the dieta, the isolation from personal relationships, but not from sensory ones - since one is in the jungle in contact with the chant of the birds, the vegetation, the sound of the river, etc. - and austere eating stimulates dream production, and it is through this act of dreaming that healers learn how to heal as well as certain songs called ikaros, which are "given" to them by the “mother” or spirit of the plant, and are considered essential tools for healing.

The so-called dieta has traditionally been used to cure various physical diseases, such as rheumatism, bronchial and respiratory diseases, bone trauma and infections. The efficacy of this treatment also for psychogenic illnesses has been verified in the empirical work of the healers since it favors the recall of events or situations of the past not metabolized by the person. It is about dedicating a space without limit of time or any other concern to introspection and to regain harmonious contact with nature.

Some plants used in dietas 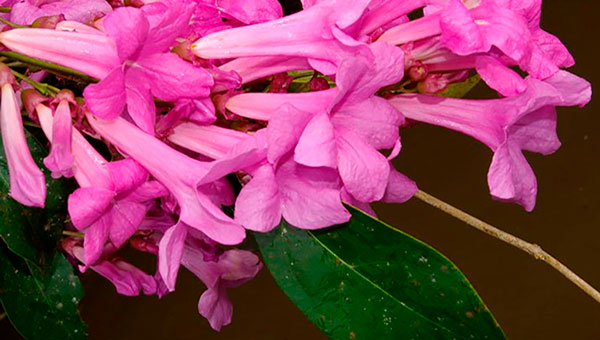 It strengthens the body, the will, the self-esteem and the decision-making capacity. It is called "the plant of vocation" because it helps to discern the identity of each one. 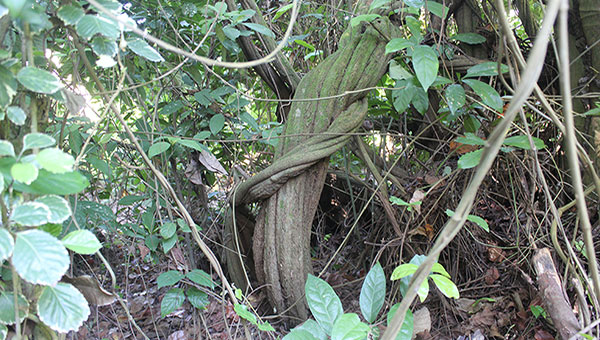 It rebalances energies and awakens intuition. Connects with the past and the future. It opens the doors to the depths of the human being, helping in reconciliation. 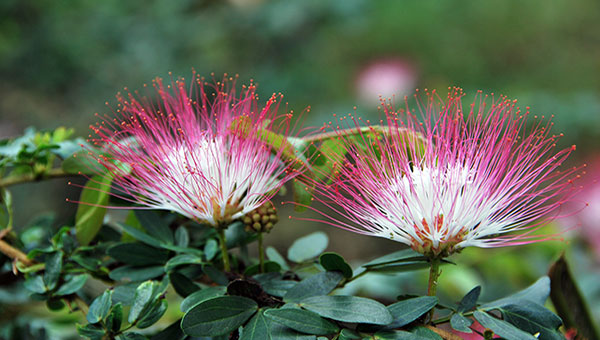 It calms, provokes reflections, softness of feelings. It favors rooting, affective communication, spiritual joy and the opening of the heart. 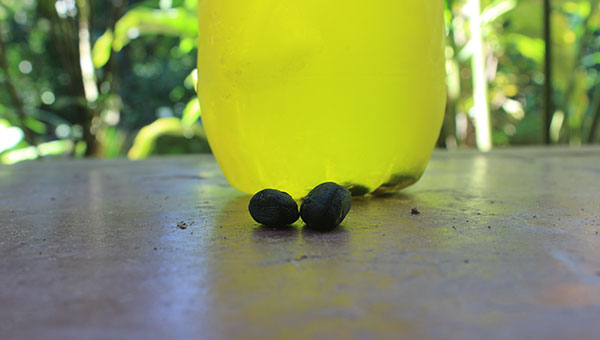 It rebalances the nervous system, provides calm and tranquility. Dream activity and desire to work are increased. It cleanses and rebalances on an energetic and spiritual level. 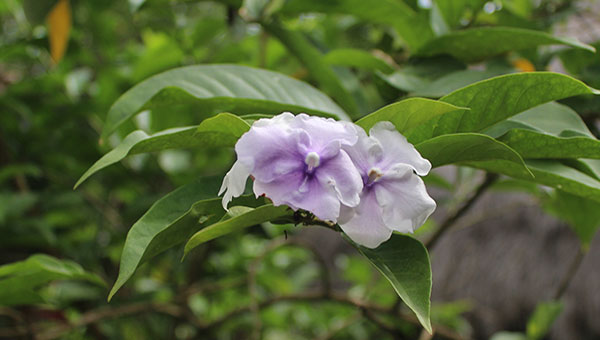 It increases self-confidence, eliminates fear and physical and emotional cold. It restores the male-female balance. It is used against rheumatism. 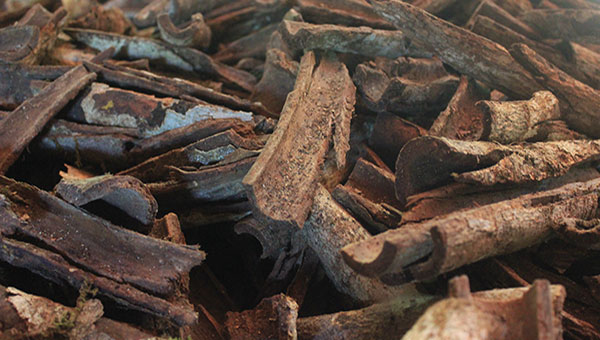 It is the plant of strength, of structure. It straightens, corrects, teaches rectitude and restores the right center. It tones up the body and acts on transgenerational issues. 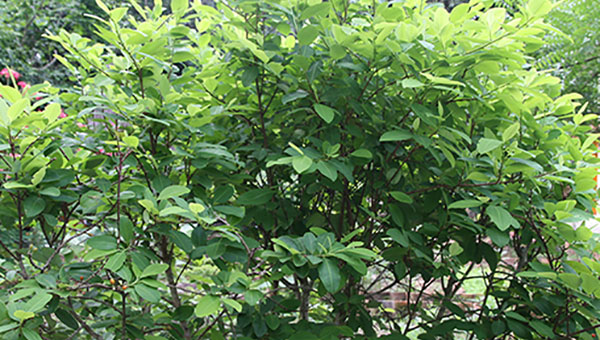 It provides balance and equilibrium, stimulates dream production. It tunes up the body, it also calms physical and emotional pain. It allows wounds to heal. 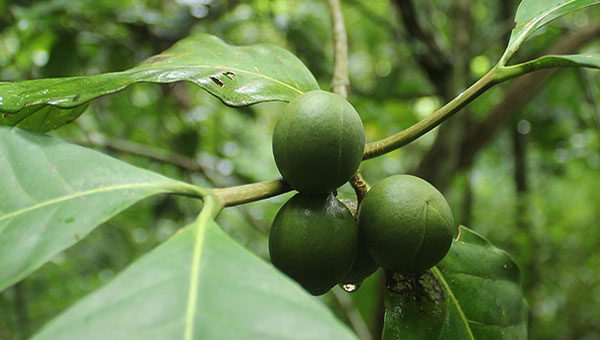 It invigorates, affirms the will, teaches righteousness, correcting mistakes and making concrete plans for the future. It helps eliminate negative thoughts. 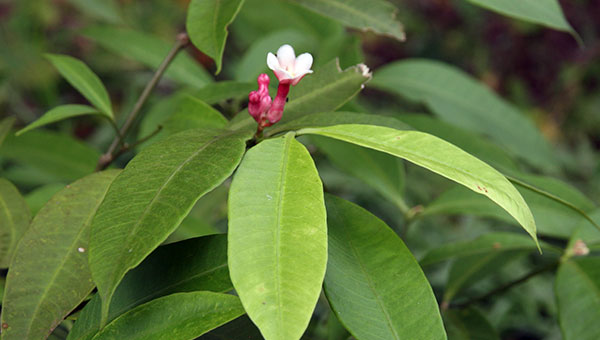 It favors the expression and metabolization of memories of affective importance, catharsis and emotional balance. It is called "the plant of the memory of the heart".

At Takiwasi (The House of Song), Center for Rehabilitation of Drug Addicts and Research on Traditional Medicines (Tarapoto, Peru), the basic research work focuses on cases of addiction to basic cocaine paste and alcohol treated with traditional Amazonian medicine. The results are encouraging.

The abuse of psychoactive substances leads to a modification of the states of consciousness, however it is a behavior without direction or purpose, focused on getting "strange" and "evasive" sensations typical of addiction, where the individual breaks his relationship with the nature, not respecting natural laws, an important relationship for holistic health. 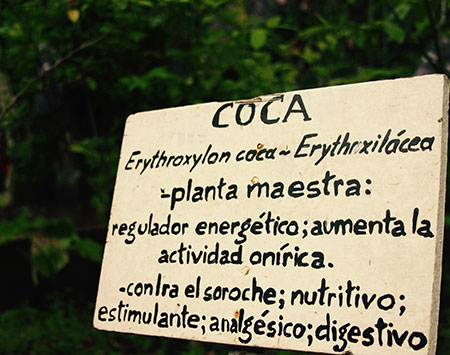 The use of certain psychoactive substances, such as Ayahuasca, also produces modified states of consciousness, capable of amplifying our consciousness and perception of reality, bringing highly therapeutic effects. But this use must be framed within a healing ritual, an action of vital importance that highlights respect for nature and the supernatural world. Ayahuasca does not generate addiction or dependence since its psychoactive effects are metabolized immediately, especially through the visionary process.

The use of the Ayahuasca ceremony in the Takiwasi Center occurs in the traditional way. Night collective sessions are held and led by a healer who has gone through an initiatory process, including dietas. There are minimum conditions to participate in this healing ritual, such as sexual abstinence on the day of drinking and a special food diet, avoiding pork, chili, alcohol and drugs. Borderline personalities are excluded and the use of antidepressants should be avoided.

The effect of the plant is known as mareación (dizziness) and when it is possible to experience it - not all people who ingest the substance experience these effects - it produces visions, physical sensations, outbreak of repressed emotions and memories, intuitions and also physical manifestations, such as vomiting or diarrhea. All this is intended to provide a true catharsis: physical and emotional. The level of awareness or understanding is highly productive, we can understand many things about ourselves in the here and now, producing important structural changes, with full awareness and memory of it.

The personal work has to do with how to integrate all that experience into our daily life. As in all personal evolution work, space and time are required.

It is necessary to mention those cases in which Ayahuasca does not produce any sensation or effect, despite ingesting the same preparation and in equal amounts. That can be the case of people with significant resistance of assuming things - fear of seeing what one is. There are physical and energetic blocks that unconsciously hamper the internalization work, as can be seen in the so-called resistances. In these cases, it is necessary to resort to other plants that act at the level of the blockage; these are vomitive or purgative plants and only after their intake one can go back to take Ayahuasca again. 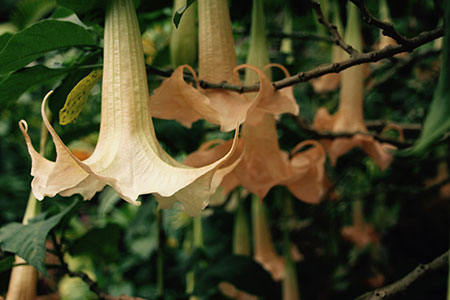 In the face of all this, the attitude and psychosomatic state of the person is also of utmost importance, there must be a clear awareness of what is going to be done and a respectful, open and trusting disposition. While the session is developing there is permanent therapeutic accompaniment by the healer-therapist, who also ingests the plant to “tune in” with the patient and their problem.

At Takiwasi, the material emerged from the Ayahuasca retreat and ceremony and the master plant dietas, like visions and dreams, will be worked through a psychotherapeutic accompaniment. These contents will be consciously metabolized by the person and the therapist in personal interviews, group dynamics, analysis of the content of visions and dreams, expressive techniques with ceramic and painting workshops, body work and biodance.

It is about giving an accompaniment, in such a way that the person himself gradually understands and assumes his inner self. It is not a matter of healing the patient based on our training and our mental schemes or projections, as we observe in conventional psychotherapy, but rather that the patient himself discovers his own Inner Master with the help of the Master Plants.

Perhaps, from a regional-autochthonous vision of the Master Plant, it would be recommendable to point towards the psychotherapeutic function of the plant as an amplifying and stimulating food of the self-medicating force of the Inner Master, that deep consciousness that goes beyond neo-cortical awareness.