Recognition for the 30 years of the Takiwasi Center

On September 8, the Takiwasi Center celebrated its 30th anniversary. Considering the importance of this anniversary, the Congress of the Republic of Peru has awarded Takiwasi an official recognition for the valuable actions carried out in favor of the wellbeing and mental health of the population, the rescue and valorization of traditional medicine and the contribution to the development and progress of the San Martín region.

The delivery of the decoration and recognition has been made personally by the Congresswoman of the Republic Cheryl Trigozo Reátegui to the founding president of Takiwasi, Dr. Jacques Mabit, in the framework of a ceremony held in the auditorium of the Takiwasi Center in which several authorities of the city of Tarapoto also participated.

The event was also the opportunity for the Chamber of Commerce of San Martín to present a recognition to the Takiwasi Center for its outstanding trajectory in favor of the research and development of natural products based on the ancestral knowledge of traditional Amazonian medicine in the San Martin region. Likewise, the Association of Therapeutic Communities of Peru gave us a certificate of recognition for the “Contribution of Takiwasi to the rehabilitation and social reintegration of people addicted to drugs".

These recognitions are added to the diploma of merit and civic medal of the city of Tarapoto delivered to Takiwasi by the mayor of the Provincial Municipality of San Martín, Henry Maldonado Flores, on August 19 in the framework of the celebrations for the anniversary of the city of Tarapoto. In this event, a posthumous tribute to merit was also paid to Dr. Rosa Giove, co-founder of the Takiwasi Center, for her outstanding work in defending, preserving and integrating traditional Amazonian medicine into the public health system.

Takiwasi, or "The House that Sings", is a non-profit civil association, located in the city of Tarapoto. It was founded in 1992 by Dr. Jacques Mabit as a result of a research on the ancient practices of traditional Amazonian medicine. Since its inception, Takiwasi has been dedicated to improving the health conditions of the population and conserving the environment, developing innovative techniques and models that rescue traditional Amazonian knowledge and articulate it with modern science, taking into account therapeutic, scientific, ecological, cultural and human concerns.

The many achievements attained over 30 years of activities have allowed Takiwasi to become a national and international benchmark, especially in the treatment of addictions and mental health, obtaining numerous awards and recognitions. One of the most outstanding achievements of the institution has been obtaining the "Declaration of Cultural Heritage of the Peruvian Nation for the traditional uses of Ayahuasca", through the National Directorial Resolution No. 836 of 2008 of the National Institute of Culture. This achievement has been possible thanks to the file prepared by Dr. Rosa Giove.

Dr. Jacques Mabit receiving the civic medal from the city of Tarapoto in recognition of the 30 years of activities of the Takiwasi Center 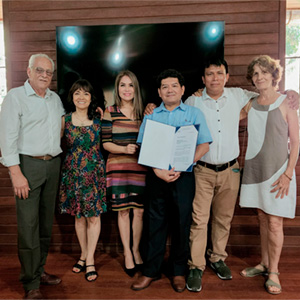 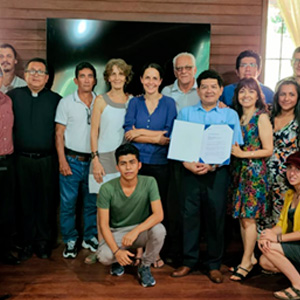 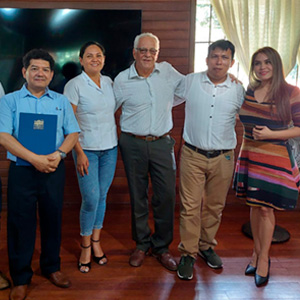 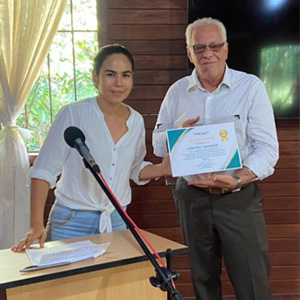 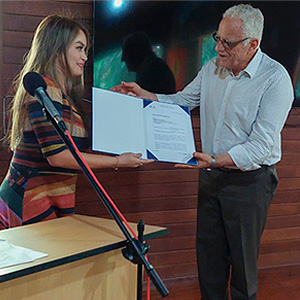 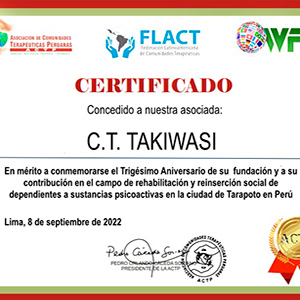 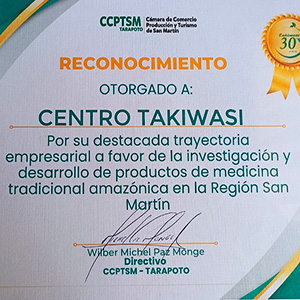 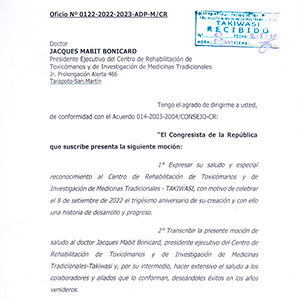 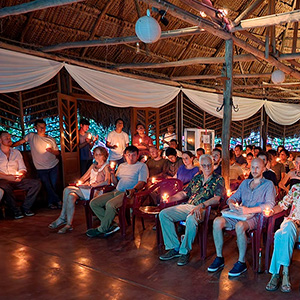 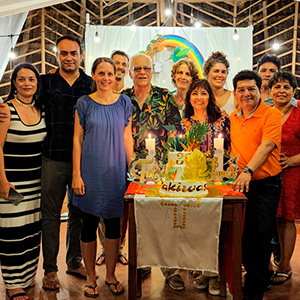 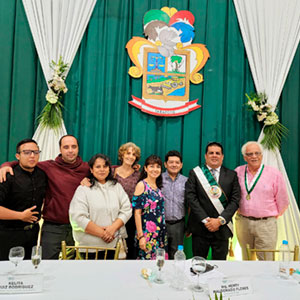 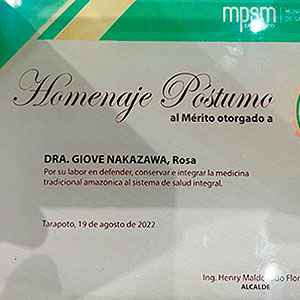 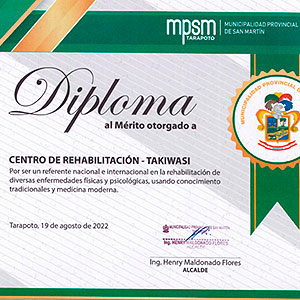 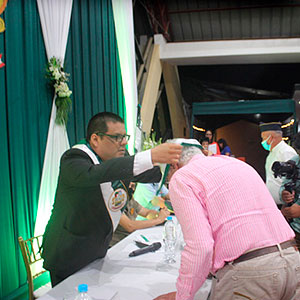 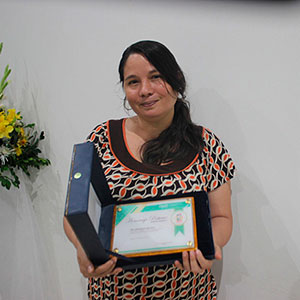 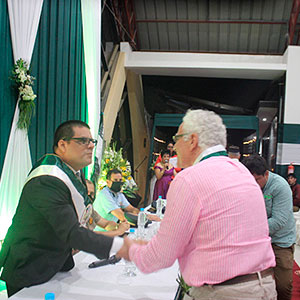 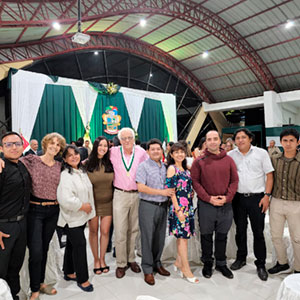 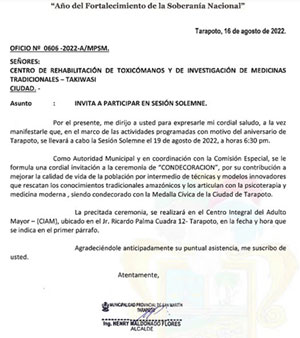 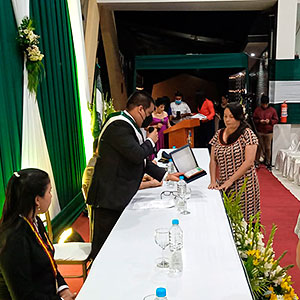